To establish a relationship between humans and nature, and to strengthen both physical and mental abilities, several schools around the world have incorporated “outdoor learning” into their lesson curriculum. A report by the University of Copenhagen has already stated:

“Pupils’ knowledge can be built up by concrete experiences, interests, emotions and values through outdoor education.”

The idea of outdoor learning doesn’t need to necessarily involve countryside, forests or lakes. Allowing children to get out of the classroom, taking the lesson elsewhere will have similar benefits.

In this article, we have looked into some of the pioneers of outdoor learning, why the idea was incorporated into curriculums and what the approach has achieved. Should the UK follow suit? Read on to find out…

Denmark has embraced outdoor activity in its schools for decades. Companies such as Monstrüm has designed playground equipment that not only encourages team work, but is also mentally stimulating and educational. Taking the importance of outdoor learning further, the concept of “Udeskol” (translating to outdoor school) is introduced to children aged 7 to 16 years. Several schools have made it compulsory for outdoor learning to take place either weekly or bi-weekly. 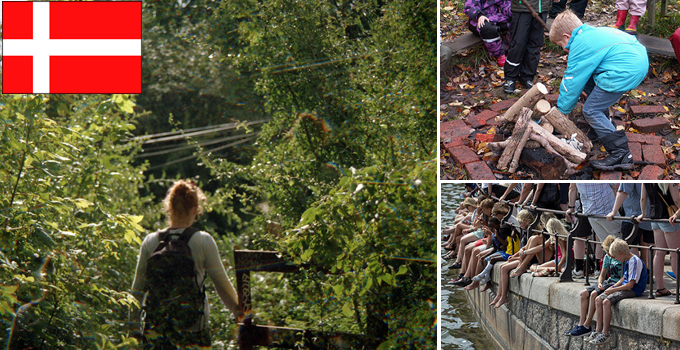 Although it is not a requirement by law, many schools with enthusiastic teachers have integrated the “udeskole” notion into their lesson plans, showing some very successful results. Lessons such as maths and language studies are tied in with natural elements, not only making the lessons more entertaining, but also more stimulating and effective.

Denmark started this process back in 2000, realising that it will increase cultural learning, as well as work experience. It also encourages social interaction, experience and fantasy amongst the class. Results, published in “Urban Forestry & Urban Greening”, have shown that in 2010 at least “14% of Danish schools had at least one teacher practising Udeskole”. The same publication has also mentioned that the number has recently increased to 28% with an estimated 15% planning to add the idea into their school curriculum within the next 3 years.

Finnish schools are beginning to see benefits that are gained by outdoor learning, having started to incorporate the idea into lesson plans. For children aged between 7 and 16 years, the theme is “responsibility for the environment, well-being and sustainable future”, as Eila Jeronen and Juna Jeronen have mentioned.

Seeing the success,  Finnish schools have also gradually introduced the process for older years. One of the biggest advantages of outdoor learning that Finland seem sto want to focus on is the development of the students themselves. From ages 16 to 18, students are encouraged to pursue a “sustainable lifestyle”, ensuring that throughout school, they will become capable of creating a sustainable future and lifestyle for themselves. In addition to the mental health benefits gained by the younger generation, a brighter future is also created for the country itself. 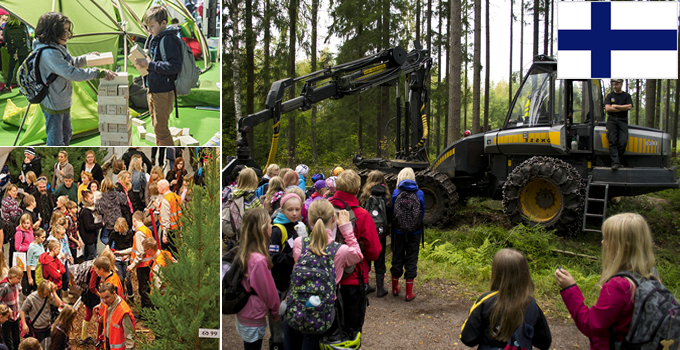 There has been a connection between nature and Finland for a number of decades. Since the 1950s there have been excursions and camp schools. The first “Nature School Centre” was set up in 1986 in Siuntio, having seen the beneficial effects that outdoor learning had on pupils. In 2011 there were 26 nature and environment schools and a network called “LYKE” has since been set up, promoting the natural, environmental education and sustainable lifestyle idea. The number of schools that are now introducing these themes within lesson plans has dramatically increased since.

Susanna Ho has mentioned in a report that the outdoor learning concept came into action in Singapore from 1967, with Dr Goh Ken Suee’s “Outward Bound School”. The idea of these schools began as the government wanted to “build a defence capability through education”. They wanted to “toughen up” their citizens and create a stronger population, both characteristically and physically. Later through the years to follow, the aim shifted towards “inclusiveness so that each child can develop the tenacity to thrive in the globalized environment” , explains Ho.

In 1999, outdoor education was introduced for college levels as well as younger school years. The activities started with camping trips and then classes were taken abroad on a more regular basis to study other cultures and climates. In 2001, 264 schools in Singapore were conducting trips abroad and since 2004, purpose built “adventure centres” were established for adventure teams who run programmes for schools. 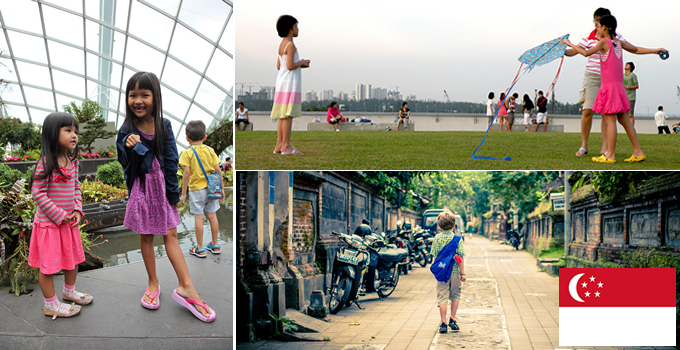 Images via: Geoff I Meralee I Tootze I Bruce Tuten

After surveying 300 secondary school students in Singapore, Ms Carmen Leong found that “feeling connected to nature is linked to their holistic and creative thinking.” Natural obstacles, for example scaling a natural rock wall, will increase your “understanding of how nature works” rather than deal with normal day problems, which is now one of the main objectives that schools are now striving towards in Singapore.

A main case for the introduction of outdoor learning into schools in Singapore is the connection between human minds and stimulation created by nature. This is an important process and one that is needed for so many who live in such a cosmopolitan environment.

Outdoor education offers experiences that will enhance students' personal and socoial development, a key element that New Zealand is incorporating into their school system. Skills that are gained include leadership, trust, team work, problem solving, responsibility and much more. 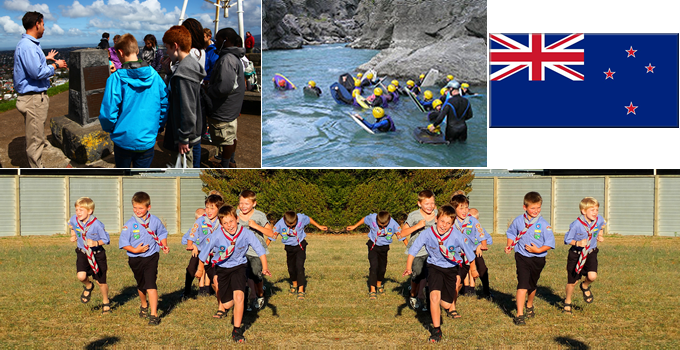 Images via: Bob Moore I  THINK Global School I Lyndon

Keen to relish in the benefits offered to pupils by getting them out of the classroom, outdoor learning is fused within their PE curricular throughout Primary and Secondary School. From 2000 onwards it has been compulsory for such activities to be part of the lesson plans up to Year 10 in schools, where pupils are up to 14 years old.

So, with all the success that outdoor learning seems to offer these countries, should the UK start doing the same?

Reports have shown benefits gained by both pupil and teachers and the figures are becoming difficult to ignore. Even the US have extended “recess time” in schools, ensuring that the pupils have more time outdoors, away from the classrooms. Here in the UK there has been a rise of “Forest Schools” where class and nature are combined, with some great feedback from teachers, pupils and parents. 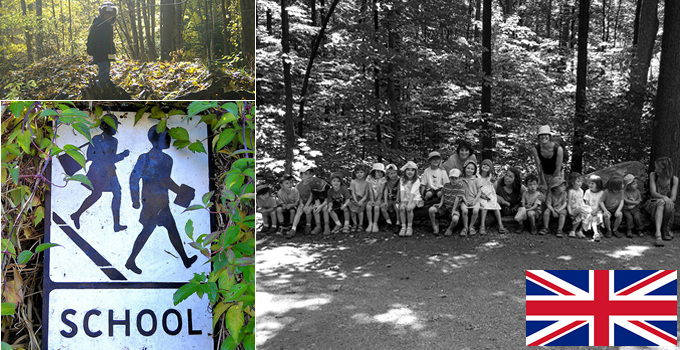 In 2016, “Natural England” reported that “125 schools in the South West of England were happier” thanks to “turning the outdoors into a classroom”. “Natural England”, who kick-started the project, is now looking into working with other schools across the nation to encourage them to do the same. An idea that is strengthened by the “79% of teachers reporting that positive impacts on their teaching practice” as reported. Strengthening this, the same report also shows that:

“92% of teachers surveyed said that pupils were more engaged with learning when outdoors and 85% saw a positive impact on their behaviour.”

It is starting to look more likely that the UK will soon be keen to benefit from the outdoor learning concept. It will be a great opportunity to optimise mental stimulation and encourage social interaction skills. A healthier mind that will also become more appreciative of the Planet that we call “Home”.