From Olympian to God, Arena to Schools

The 5th of August will of course mark the beginning of the Rio 2016 Olympic Games. Rio is the first South American city to host the games and I am sure they will not disappoint! For the 2016 games, new stadiums and venues have been built as part of the experience, including the Handball Arena.

Designed by UK firm AndArchitects with the help of local studios “Lopes Santos” and “Ferreira Gomes”, the arena is designed to be dismantled and rebuilt as schools around the city. Areas where there is a lack of educational space will benefit from this, thus the games give back to the community, too.

“A first for the Olympics, the venue will make use of an innovative technique called ‘nomadic architecture’, thus ensuring that even a temporary structure can leave a lasting legacy”.

As the former Ancient Greek Olympians gave the World legacies for us to be inspired by, so will the 2016 games- allowing a Global legacy to continue. 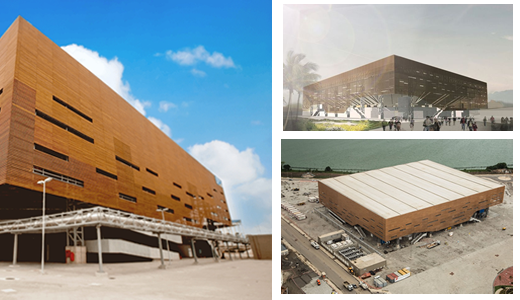 The temporary structures will provide materials to build four state schools. 3 schools will be built in Barra de Tijuca and 1 in Maracanã. In total, the four schools that will be built from the one structure will grant space to educate 2000 school children. They will have space where they will be given the opportunity to improve their futures and even learn about the original Olympic games!

Keeping to Brazil’s “national colours”, the seating that has been used are shades of bright green, yellow and red. In addition to the seats, all elements of the structure will be re-used for the schools, including the disabled access ramps. This is possible due to the arena having been built by “modular components”. The building can be dismantled in parts, transported to the school’s location and built up again. It’s like an extreme version of building LEGO! 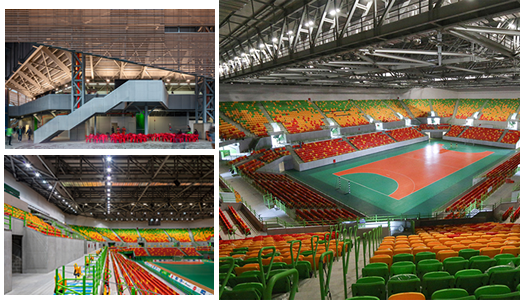 It will all be dismantled in September, after the Paralympic games have also been hosted by Rio. The main structure of the arena will be recognisable in the school buildings, emphasizing the ongoing legacy that the Olympic games will leave behind.

Minimal waste and re-usable materials have been used to create this modern day, architectural masterpiece that has consciously kept the future of the planet and the younger generation in mind. There is no surprise that this arena has been dubbed the “Future Arena”. A project and triumph that Olympians will truly be proud of!