Then Vs. Now: Playground Crazes

Who remembers the good old days of innocently playing bulldog and stuck in the mud? And then the days when you walked through the gates and suddenly everyone was more interested in trading the latest Pokémon cards?

Yes, we all remember a time where a craze spread through the playground like wildfire, but what came before and after the trends of our generation? We look back at the playground trends through the decades – from those that got banned to those that were so popular, they’ve somehow come back for round two…

To many, marbles are the first game that the term ‘playground craze’ can be applied to. This is a trend that took off in the 50s with games and trading revolving around this humble item. Traditionally, playground games involved playing for ‘keeps’, where the winner would be allowed to take home all the marbles of the defeated opponent. Cue pupils in tears at the prospect of literally losing their marbles.

Marbles enjoyed another spike in popularity in the 90s, and then again around 2004 when they were re-introduced as a game called ‘B-Daman’

Their playground popularity was most prominent in the 1960s and conkers have since been voted as the greatest playground game of all time. This playground craze involved collecting conkers and preparing them for fights, where you’d attach your prized conker to a piece of string and try and destroy your opponent’s conker. Many techniques were used to harden and create championship-quality conkers, from heating them in ovens to covering them in nail varnish and soaking them in vinegar.

Yo-yos quickly became popular in school playgrounds throughout the 60s. They also made a comeback in the 1990s. These more modern yo-yos featured ball bearings and transaxles, meaning they could stay spinning at the bottom of the string for complex tricks to be performed. Yo-yos also evolved to feature extra design details, such as the ability to glow in the dark. 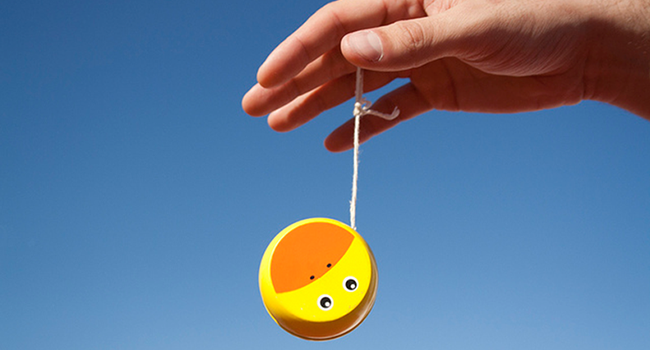 Yo-yos always come back to you, but whether they’re due another comeback on the playground, we’re not entirely convinced…

Arguably the card game that paved the way, Top Trumps involved collecting stat cards that competitors in the playground could use to gradually win an opponent’s deck; the player with the highest number in a chosen category would win the cards from that round. This was a card game based on stats and featured a host of different subjects such as cars, planes and ships. You would have been pretty hard-pressed to have found a school kid who didn’t own at least one deck in the 70s. 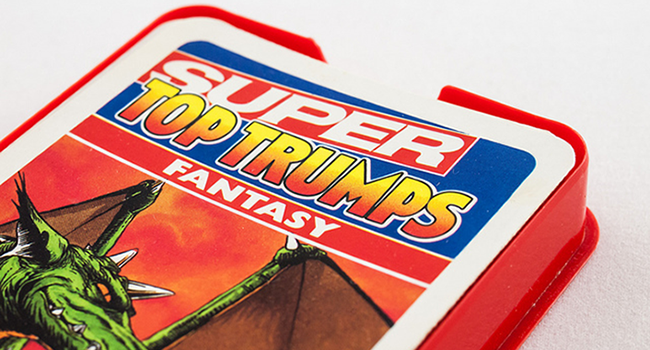 Top Trumps went on to influence other playground crazes, such as Pokémon Cards, while establishing a cult status of their own. We wouldn’t be surprised if they made a comeback, although whether they’ll change their names after that President-elect is a different story…

Surveys of the late 80s and early 90s show that over 90% of 9-11-year-old boys purchased these stickers with the aim of completing their sticker album (and so over 90% of boys were heard repeatedly chanting “got, got, need”). Yes, this is the playground craze that started the trade trend, and could simultaneously boost your popularity. Managed to bag a rare holographic ‘shiny’ sticker? You could instantly reach ‘godfather’ status on the playground. 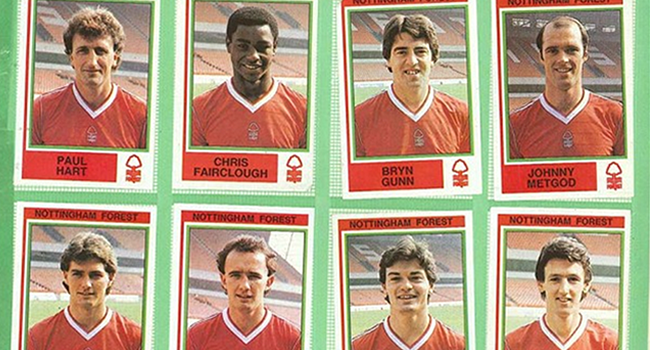 Football stickers seem to make a comeback with every World Cup, thanks to the Italian firm Panini creating the official panini Wold Cup sticker album every four years. In fact, Panini have seen the swapping activity move from children in the playground to adults trading their stickers online with the creation of the hashtag #gotgotneed. However, some schools have since banned swapping football stickers in the playground due to their distracting nature.

A Hungarian export, the colourful 3x3x3 block swept through the schools of the 80s. World records were set and then beaten, while many school friendship groups were lucky if at least one of them could complete the cube within a term. Sadly, though, most Rubix cubes didn’t make it out of the school gates alive, smashed to smithereens as a result of countless frustrations.

They enjoyed a comeback in the playground only a few years ago and are still considered the biggest selling toys of all time.

From marbles to conkers, it’s still surprising how something so simple can reach ‘craze’ level status. Pogs were no exception. A simple game that involved decorated cardboard discs, each player had to add an equal amount of Pogs to a tower (face down) before taking it in turns to throw a ‘slammer’ disc, trying to knock over as many discs as they can. The pogs that laid face up were traditionally theirs to keep. 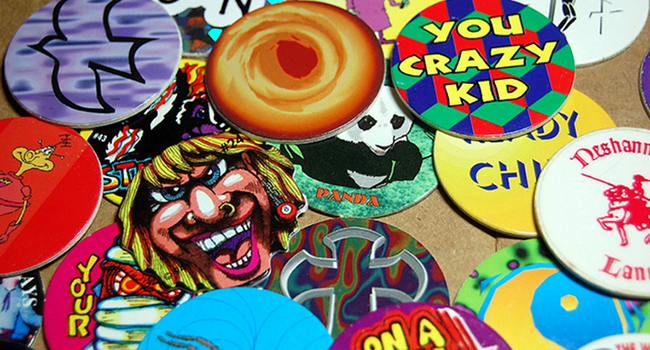 With sets dedicated to Power Rangers, Jurassic Park and other icons of the 90s, it’s no surprise that some Pogs have since grown into collectible items.

We think it’s about time that they did, although we’re still not 100% clear on the rules…

If all other school crazes spread like wildfire, Tamagotchi was an unexpected tsunami in comparison. Seen by many as the biggest playground trend of all time, Tamagotchis were small keyring-sized gadgets that housed a digital pet. Schoolkids could feed, exercise and clean up after their dog, cat or dinosaur, with the aim being to try and keep it alive for as long as possible. Some children were distraught once their pet died, even though they had put in the time and effort to keep it alive, while others lost their beloved pets when the device mysteriously decided to reset itself. Another common cause of death was simply neglect due to the short attention span of schoolchildren. 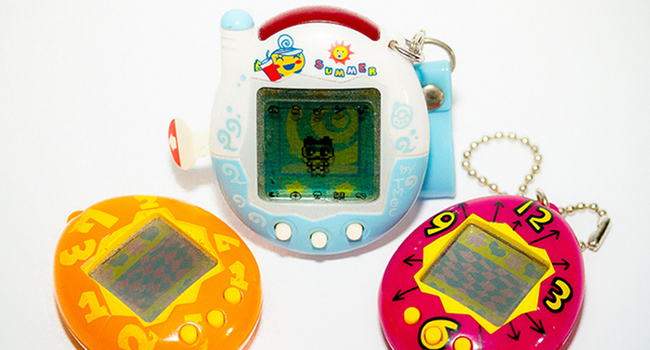 The digital pets came back to school playgrounds for a second time after their relaunch in the 00s, (the Tamagotchi Plus). However, this time, they were met with a ban by many schools and sentenced to spend eternity at the bottom of a desk drawer somewhere.

Starter packs, booster packs, ‘spares’, underhanded trades and ‘rare’ cards. Yes, Pokémon cards need no introduction and are seen by many as the trading card phenomenon. Plenty of people can remember the heated debates that sprouted from a shiny Pikachu card, with some children even resorting to appointing older kids as their ‘bodyguards’ to protect their extensive collection. Unsurprisingly, this behaviour lead many schools to announce a Pokémon card ban. 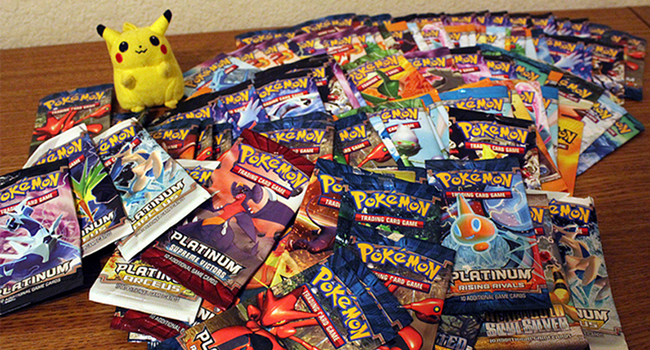 Many playgrounds of recent times have been invaded by colourful bands. Yes, loom bands sell for as little as £1.99 for 1,800 and can be crafted into bracelets, charms and necklaces. The Rainbow Loom is a plastic device that can be bought additionally to knit the bands, and it’s sold more than 3 million units worldwide. 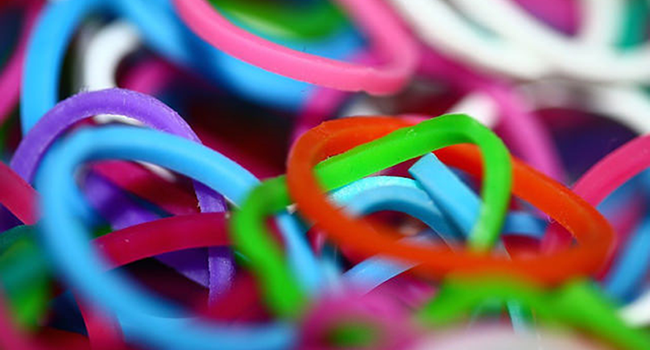 Worn by celebrities and even weaved into dresses and suits, Loom bands are all about creativity… and are on the path to quickly becoming the most popular playground craze ever.

Will they make a comeback?

Some schools have banned them after schoolchildren have used them as weapons… and littered the classroom floors with them. However, if there’s one thing that we’ve learnt from looking back through the trends, it’s that you haven’t made it as a playground craze until you’ve banned by at least one school.

Have we missed out your favourite playground craze? Let us know in the comments below!