On 12th September 2016, Theresa May revealed her plans to lift the ban on the creation of new grammar schools imposed by Tony Blair’s Labour government under the ‘School Standards and Framework Act 1998.’

“We want to provide a good school place for every child… We want to remove the legal ban on expanding or opening new grammar schools, but we also want to see grammar schools working to improve standards across the education system generally” – Theresa May, 30th November 2016, House of Commons

Within May’s ‘Schools that Work for Everyone’ green paper, the Conservative government also outlined their policies to expand existing grammar schools and allow existing non-selective schools to convert to grammar school status, a position that has been met with opposition from both Labour and Conservative MPs.

The government has already conducted a public opinion survey, the results of which are not likely to be published before spring. In the meantime, we’ve started gathering opinions from those arguably closest to the issue – education professionals. To date, we have had 104 responses to our own survey, 76% of which have worked directly with children as teachers.

Do you agree with the government’s decision to repeal the ban on new grammar schools? 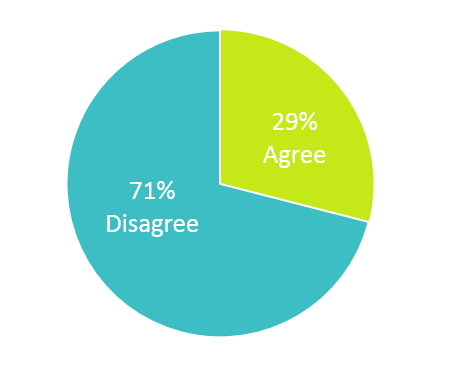 There are currently around 163 grammar schools in England, making up around 5% of the state school population. Over 70% of the teachers that have responded to our survey think that this number should not be increased.

50% of teachers said that they would even support abolishing the grammar school system from the UK altogether.

Many teachers responded with concerns of division amongst pupils, with one teacher stating: “They create elitism and divisiveness at an early age”.

However, some pointed out other factors as being more important:

“Society generally isn’t elitist and I genuinely believe that a young person will be successful whether they attend grammar schools or not. It is all about motivation, family support and academic ability regardless of what school they attend.” 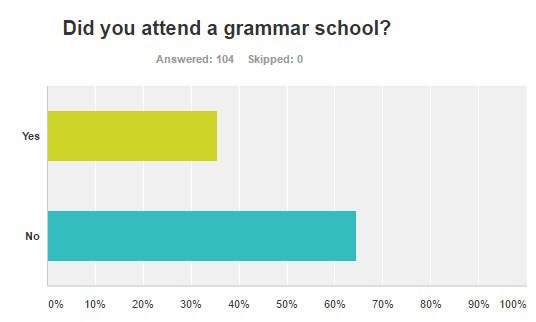 Support was higher among the 37 respondents that attended a grammar school, but still over half (54%) of those opposed lifting the ban. There was also genuine conflict amongst some teachers who were opposed to grammar schools, but could still see their value.

“I went to grammar school myself and did well (GSCEs, A Levels, degree, ‘good’ career etc.) I am against grammar schools and would love it if they didn’t exist. However, they do, and if they still exist when my children are 11, the hypocrite in me would rather they went to a grammar rather than a regular high school.” 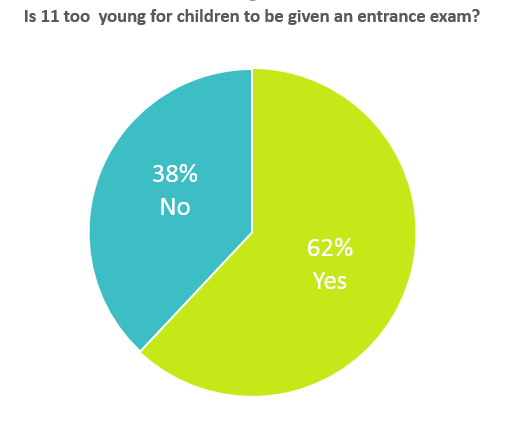 One of the most controversial factors about grammar schools is that pupils must pass the 11 Pus entrance exam, and over 60% of teachers think that this is too young with a variety of reasons given.

“It makes children feel different to their peers at a young age and under pressure to succeed in a test that has no reference to any other academic areas.”

“I believe that pupils should not be segregated by ability at 11. Those who do not to attend a grammar school are often deemed “inferior”. Clearly they are not. A well-financed comprehensive system successfully meets the needs of society.”

“As a student who had a teacher who bred fear in the final two years of primary, I then bloomed at secondary school and moved to a grammar for sixth form. I achieved as well as anyone. This tale is not unique. Decisions made at 11 years can be too random. Government interests will be directed to these grammars. Already politicians give too much attention and visits to private schools only.”

What do you think?

While we wait for the outcome of the government’s consultation survey to be made public, we’d like to get more of your thoughts and opinions to keep this important conversation going.

For our results so far: Edu-Quip Report